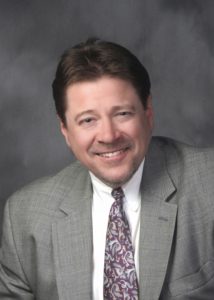 Gregg S. Sodini, the principal and founder of the Law Offices of Gregg S. Sodini, LLC, is Counsel to the Firm.  Mr. Sodini is a graduate of the University of Chicago where he earned his B.A. in Economics in 1982.  After graduation, Mr. Sodini enrolled at the University of Pittsburgh School of Law from which he earned his J.D. in 1985.  After graduating law school, Mr. Sodini commenced a judicial clerkship with the Honorable Peter F. Boggia, J.S.C. in the Superior Court of New Jersey.  Upon completing his clerkship, Mr. Sodini joined the Litigation Department of Pitney, Hardin, Kipp & Szuch in Morristown, New Jersey.  In 1989, Mr. Sodini joined Saiber Schlesinger, Satz & Goldstein in Newark, New Jersey.  In 1992, Mr. Sodini joined Cuyler Burk in Parsippany, New Jersey where he was elected as a Partner in 1994.  Since that time, Mr. Sodini became a Partner in the Firm of Harris, Beach & Wilcox based out of Rochester, New York and a shareholder in Buchanan Ingersoll, P.C. based out of Pittsburgh, Pennsylvania until founding Sodini & Spina, LLC in July 2002. Mr.  Sodini established The Law Offices of Gregg S. Sodini, LLC in December 2009 in the aftermath of the break up of Mr. Sodini’s prior firm (Sodini & Spina, LLC) so as to continue to be able to provide clients with the best in legal services at reasonable rates and in a cost effective manner.

Mr. Sodini is admitted to practice in New Jersey and before the United States Court of Appeals for the Third Circuit, the United States Court of Federal Claims and the United States District Court for the District of New Jersey.  Mr. Sodini is an experienced litigator in all aspects of commercial litigation including, but not limited to, contractual disputes, business owner disputes, property disputes, construction matters and insurance coverage matters.  He has been admitted to practice pro hac vice in the States of New York, Pennsylvania and Delaware and has argued before the Supreme Courts of New Jersey and the State of Delaware.  Mr. Sodini also has vast experience in appellate matters having argued appeals in the States of New Jersey, Delaware and Pennsylvania.

Mr. Sodini is a member of the New Jersey State Bar Association, a member of the Board of Directors of the Banking Law Section of the New Jersey State Bar Association and the Chair of the Financial Services Litigation Committee of that Section.  Since 2012, Mr. Sodini has been designated a “Super Lawyer” by his peers as published in the Super Lawyer Magazine and website (http://www.superlawyers.com/search?q=sodini&l=new-jersey) and New Jersey Monthly Magazine.